In today’s highly technological world, people prefer their phones and computers to work together cohesively. As three of the most popular social media sites, it would be convenient if Facebook, Twitter and Instagram respected this wish and could play nice. People love these three platforms, but unfortunately, they don’t love each other, and have proven they’re incapable of getting along with one another. Case in point: the current “Insta-feud” between Twitter and Instagram.

The quarrel may come as a surprise to some since the two outlets used to be cross-promoters. When Instagram started two years ago, Twitter helped boost its popularity and both sites were able to benefit from the partnership. But if you closely follow social media news like us, you’re probably aware that things began to take a turn for the worse in April when Facebook, Twitter’s biggest competitor, bought Instagram for $1 billion. In what seemed to be an act of vengeance, Twitter disabled a feature in July that allowed Instagram users to easily find their Twitter followers in the app. In August, to add insult to the $1 billion injury, there were reports that Instagram had surpassed Twitter in popularity.

Instagram CEO and co-founder, Kevin Systrom, explained his reasoning behind breaking ties with Twitter to Computerworld: “A handful of months ago, we supported Twitter Cards because we had a minimal Web presence. We’ve since launched several improvements to our Web site that allow users to directly engage with Instagram content through likes, comments [and] hash tags, and now we believe the best experience is for us to link back to where the content lives.” While some view this as a respectable business decision, others warn Systrom not to bite the hand that feeds. After all, Twitter did help grow Instagram’s popularity and arguably led them to be bought by Facebook.

In turn, Twitter is not giving up so easily. Apparently the company felt the burn of Systrom’s decision because on the 11th of this month, Twitter announced new tools that allow users to adjust the size, color and style of photos that are Tweeted, similar to the editing tools of Instagram.

With all the back and forth, it seems like the feud between Twitter and Instagram is a battle for power and control. Facebook was smart to team up with Instagram, but what will Twitter do now that it’s without a partner? Will there be a Twitter and MySpace collaboration in the future to help fill the Instagram void? The IPR office is eager to see how this unravels, but whom do you think will prevail in the Insta-feud? Let us know what you think and share your thoughts on our Facebook page! 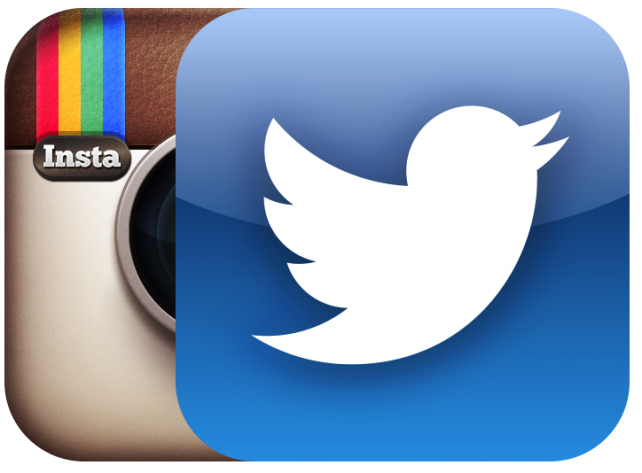